Create Your Badge
"Love begins at home, and it is not how much we do... but how much love we put into that action." -Mother Teresa 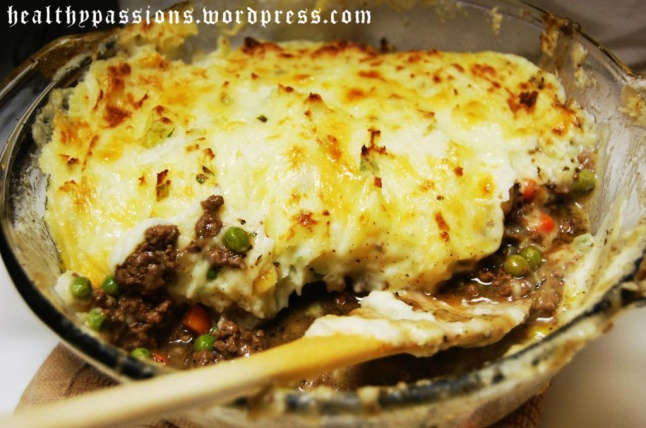 I know that a while ago I posted about Shepherd’s Pie, that was closer to when I first started this blog. In my opinion, it was very tasty, but it tasted way too American-ized! So I started researching True Irish Shepherds Pies and came across this amazing recipe on a new favorite blog: Peace, Love and French Fries.

Once I read the recipe ingredients involved: Guinness, Red Wine, and Worcestershire Sauce.. I was sold!! RJ and I frequently like to eat at this amazing Irish Pub by our house called Culhane’s (which was also on Diners, Drive-Ins, and Dives!) and they use Guinness in a lot of their recipes, and their food is amazing! I knew when I saw this recipe that it would not disappoint.

If you aren’t an experienced Shepherds Pie maker, you will want to give yourself about 2 hours or so to make this dish. You could also just make the meat mixture the night before so all you’d need to do is make the mashed potatoes and combine to place in the oven! It’s a good time saver, and the meat would get a chance to really absorb all of the flavors. I was too excited to eat this meal, so I decided to make time for the few hours it would take and it was worth it!

To get started, go ahead and peel and cut your potatoes into cubes. Place into a large pot and pour water just about an inch above your potatoes. Add salt. Boil for 15 minutes or until potatoes are fork tender. Drain and place back into the pot off the heat.

While the potatoes are boiling, go ahead and prep your veggies. Dice your onion, carrots and mince your garlic. You want to try and cut evenly for a nice even saute. Set aside and take your ground lamb (or beef) and place in a dutch oven (If you don’t have one like me just use a large skillet) Cook on medium -high until the meat is almost all browned. Drain excess fat and oils. Then add your veggies and cook until they are soft. Add butter, stir until melted through. Add your flour by sprinkling one tbsp at a time mixing in between to really thicken up the meat. Deglaze your pan adding the broth, wine, and Guinness by scraping up any bits on the bottom of the pan. Add Worcestershire and spices, stir.  Simmer for 15 minutes on medium-low. Add peas and continue to simmer until softened and sauce has a thick consistency (about another 10-15 minutes). 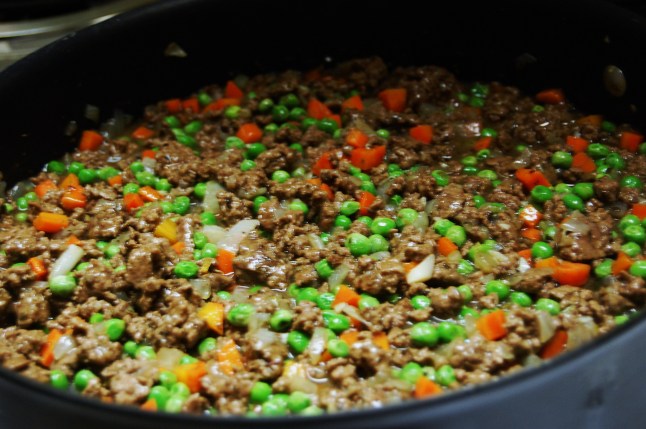 While your meat and veggies are simmering, go ahead and make your mashed taters! Add butter, milk, shredded cheese, and my own addition (which isn’t really Irish, but I feel it has to go into every batch of mashed potatoes!) cream cheese and garlic salt! Mash with a masher or use a hand mixer until well blended. Taste to make sure it isn’t missing anything! Add parsley and chives, mix well. I ended up adding a lot more milk to my recipe than the one I followed, but I just prefer a creamier batch of mashed potatoes. Save some shredded cheese to add to the top when baking!

Once your sauce has thickened up and your taters are ready to go, take a greased oval baking dish (or square if you feel you need more room) and pour your meat mixture into the bottom. Spoon on your mashed potatoes gently, being careful not to bring the meat mixture to the top. Press your spoon down slightly to create little peaks in the dish. Sprinkle the remainder of the cheese on top. Place in the oven on 350 for 20-30 minutes. 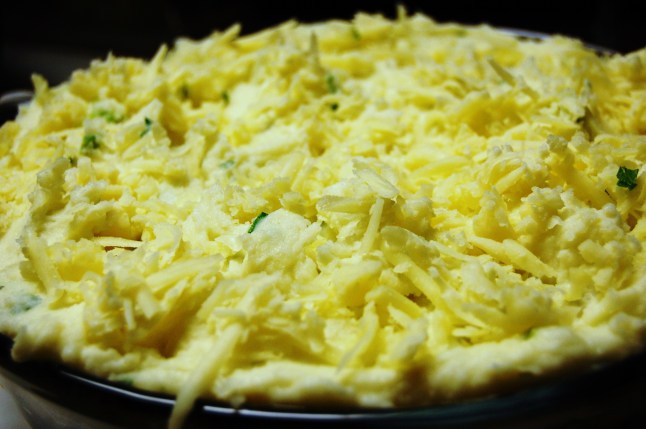 I think its very pretty when it has that burnt look to the tops of the mashed potatoes, so after 20 minutes (the meat was already boiling over and the taters were golden, cheese melted) I turned the oven up to a broil and placed the dish on the top rack. You want to keep a close eye on this once it’s on broil to prevent burning! Rotate every minute or less until it’s evenly browned on the top. 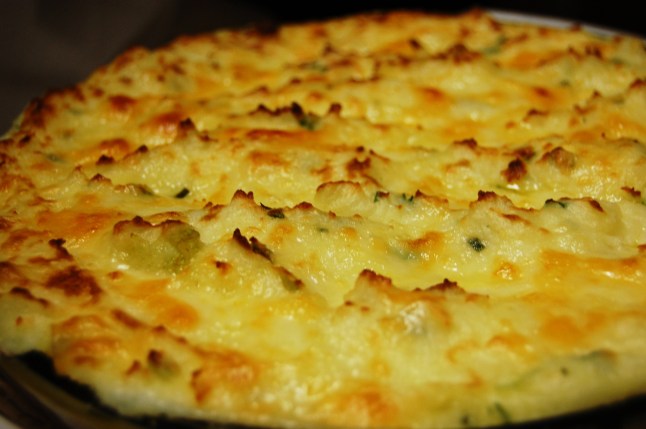 Ohh look at that beauty!! If you’re dieting, I would suggest this being your cheat night! This meal is amazingly satisfying and a little bit goes a long way! The amount of rich flavor is super gratifying after a long day and if it’s a cold day out, there’s nothing else like it to warm you up! 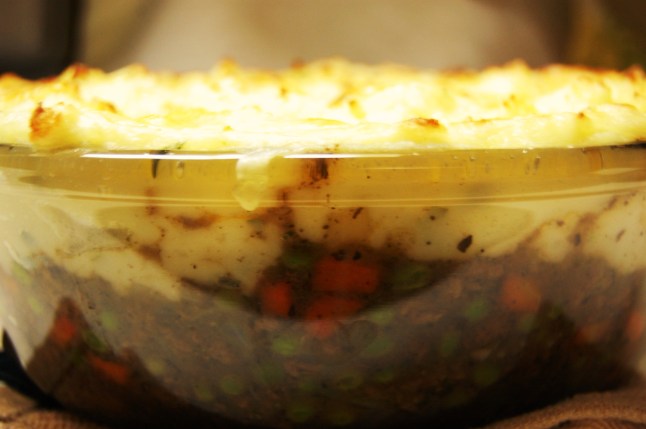 A big thanks to Pace, Love and French Fries for this awesome recipe! Slainte!